On Thursday, South African minister of energy, Tina Joemat-Pettersson announced the appointment of the new director general of the Department of Energy (DoE), Thabane Zulu, who assumed his position on 1 October 2015.

The DoE said in a statement that Joemat-Pettersson  is confident that Zulu “will bolster efforts in South Africa’s quest of entrenching an energy mix paradigm for radical economic transformation and harnessing energy access for all.”

This comes at a time when the South African energy sector is at a cross-roads following the Minister’s commitment to a new declaration earlier this week, which aims to improve global energy access and security, and to strive towards mitigating greenhouse gas emissions.

The declaration has set the target to make universal electricity access a reality by 2030. “1.3 billion people, out of which 621 million in the Sub-Saharan region, should be provided access to electricity.”

This is expected to be achieved through the increased deployment of both on- and off-grid solutions.

The DoE highlighted in a statement that the  minister extends her gratitude to Dr Wolsey Barnard “for having steered the ship as the acting Director General of the Department.”

In other local news, national power utility Eskom, announced the appointment of  Suzanne Daniels as Company Secretary with effect from 1 October 2015. Daniels will be replacing Malesela Phukubye, who stepped down from his position due to pupillage, the utility said in a statement. 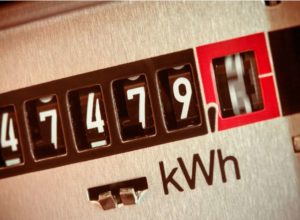