16 October 2009 – High carbon taxes could potentially drive the development of solar thermal power in South Africa and make coal a thing of the past.

The plant hopes to generate 5000 MW of power from both renewable and coal sources over the next eight years.

If Exxaro builds the CSP plant, it would produce twice as much electricity as Eskom’s proposed 100 MW CSP demonstration plant near Uppington in Northern Cape.

Exxaro told a congress of the International Solar Energy Society that in order to achieve a large rollout of CSP, South Africa will need to localize manufacturing and fund it from a rand-based budget.

CSP plants use reflective surfaces to concentrate sunlight and in turn create heat.  This system has been cited as a high-potential source of energy for areas with high solar radiation, including large parts of southern Africa.

Research by the University of Stellebosch has pinpointed four provinces, Northern Cape, Free State, Western Cape and Eastern Cape, as having a combined 547.6 gigawatts of electricity production potential.

Exxaro was initially considering selling power from the CSP plant privately but is now also looking at feeding into the grid. CSP has been included in the National Energy Regulator of SA’s feed-in tariffs, which top up prices paid for certain forms of grid-connected renewable energy.  As carbon taxes and electricity prices both continue to be on the rise in South Africa, alternative energy sources such as solar power are becoming issues of increasing interest. 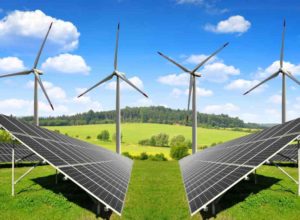