30 January 2013 – It is not a question when or whether solar energy will become a cost-efficient alternative to coal-generated electricity. In quite a few parts of the world it already is, says international solar expert Jigar Shah. For this to become a reality in South Africa, government and Eskom, need to adopt a strategic mind-set – not one of compliance.

“Solar power is a cost-effective electricity solution in various countries around the world –sometimes even without government subsidies. This is because of a ±70% price drop of solar panels in the past five years as well as a growing demand for power,” Shah says.

“As a result, in the US, solar energy without government subsidies has become a cost-effective electricity solution to 20% of Americans. This percentage was zero four years ago,” he notes, adding that rising prices of conventional electricity have a role to play too. “In the US, electricity prices have doubled since 2000 while the demand for power has increased. These trends will continue, and this will further drive down prices of solar energy.”

Shah was the first CEO of the Carbon War Room, a global organisation founded by Richard Branson to help save the world from climate change.

According to Graeme Chown, executive director at energy and management consultancy firm PPA Energy South Africa, cost-effective solar power, even without subsidies, can become a reality in South Africa too.

“Solar panel prices in South Africa are dropping at around 10% per annum, which is pretty much on par with the rest of the world,” he says. “This among other things will bring down the price of solar energy in the Rainbow Nation in due course and make it even more competitive with conventional energy.”

To turn solar into a cost-effective solution in South Africa more is needed than cheap solar panels and a growing demand for power. Says Shah, “If South Africa’s solar programmes are about compliance and aimed at making the global community happy instead of wanting to strategically tackle the country’s energy problems, the authorities will have to work a lot harder to make solar part of the solution. South Africa needs to really believe in the potential of the solar industry.” 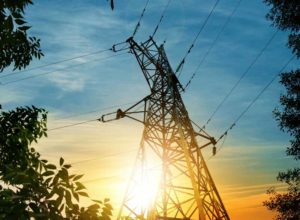