Financial services group Old Mutual is understood to be by far South Africa’s major investor in solar photovoltaic projects. It is investing in at least nine projects established under the Renewable Energy Independent Power Producer Procurement (REIPPP) programme initiated by the government. Old Mutual is involved in 33% of the 27 solar PV projects in rounds one and two of this programme. Companies such as SolarReserve, Intikon and the Public Investment Company are following suit, with a smaller number of project involvements, but most investment companies limit their investments to one or two projects.

With many REIPPP projects emerging in 2014, the South African solar PV market is booming. It is expected that, upon the financial closure of rounds one and two of the programme in 2015, over four million solar panels will have been installed, with a potential further 1.6 million to follow by the financial closure of round three in 2013. These projections indicate that South Africa’s installed solar power will grow from 25 MW in 2012 to around 1,050 MW by 2015. And these are only the figures pertaining to the REIPPP programme. Recently, wineries, factories, supermarkets and mining companies have discovered that a solar PV system can save them money right away and help them hedge against inevitable energy price increases.

Old Mutual’s involvement includes some of the largest REIPPP projects such as the Kalkbult PV project (75 MW), the Lesedi and Letatsi solar PV projects (75 MW each, equity provided by Old Mutual-managed IDEAS-Managed Fund) and the Dreunberg project (70 MW). Old Mutual is involved in a few smaller projects, such as the Aurora (9 MW), Vredendal (9 MW) and Linde (37 MW). From a different angle, the data shows that, in terms of megawatts, the investment market is more uniformly distributed, but Old Mutual remains the major investor in the industry in terms of megawatts.

The three largest financing parties are responsible for over 60% of all the financial closes within the REIPPP programme. The Development Bank of South Africa (23%), Rand Merchant Bank (22%) and Standard Bank (18%) are involved in 63% of the total amount of megawatts financed. This means that the market for debt is much less fragmented. This could raise the question as to whether enough liquidity will be available in South Africa to finance additional large solar PV projects. 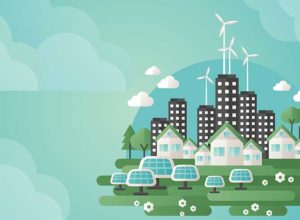