7 November 2007 – In an article published in the Environmental Finance magazine, it was reported that South Africa recently launched a government-backed company to take advantage of the growing global carbon market and Clean Development Mechanism (CDM).

CEF Carbon Markets, a subsidiary of the Central Energy Fund (CEF) will develop greenhouse gas emission reduction projects, provide these projects with finance and market the resulting carbon credits. The company will be headed up by Deven Pillay, formerly group advisor on climate change and energy efficiency at BP.

In a statement, it was reported that “CEF Carbon is keen to ensure that South Africa is better placed in this market and also to contribute towards the goals of mitigating climate change.”

According to Pillay, there is a lack of understanding and awareness of CDM in Africa, and CEF Carbon are in a position to help address this by taking equity stakes in projects developed by CEF and others and acting as advisers to other project developers.

“The fact that CEF is investing in these projects means that counterparty risk is greatly reduced,” Pillay said, referring to the financial certainty that comes from dealing with a government backed entity.

CEF Carbon will focus on a diverse portfolio of projects which will generate carbon emission reductions including renewable energy, landfill gas capture, energy efficiency and biofuels.

The current target for projects is to produce 5 million tons of carbon dioxide emission reductions.

About the Clean Development Mechanism (CDM):
The CDM was developed as a means of providing finance to projects that reduce greenhouse gas emissions in developing countries.

Each project generates certified emission reductions (CERs)(each equivalent to a ton of carbon dioxide), which can be bought by industrialised nations to meet their obligations to cut GHG emissions under the Kyoto Protocol.

According to the World Bank, this market was worth almost US$5 billion on 2006. 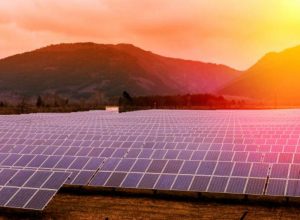