26 August 2013 – A new gas field offshore the western coast of South Africa could potentially be used as a source of natural gas to fuel the South African government’s plan for gas fired power plants. South Africa’s department of energy intends to introduce 2,600 MW of gas-fired generation with a minimum of 711 MW to be sourced from combined cycle gas turbines (CCGT), between 2019 and 2021 as back up for renewables facilities being built around the country. This plan will increase South Africa’s gas-fired generation mix from 2% to 11% by 2030.

The Ibhubesi gas project is awaiting approval by the Petroleum Agency of South Africa and the department of mineral resources. A decision is expected by 2015. The gas field could produce 28.3 billion cubic feet (bcf) of gas each year for the first six to eight years. It would be 76% owned by Sunbird Energy in partnership with the South African state oil company.

In April 2013, Sunbird announced the completion of the Ibhubesi independent technical assessment by RPS Energy (UK). The technical assessment confirmed that the planned phase one development of the Ibhubesi gas project can be achieved without the need for further exploration or appraisal drilling. As a result of these findings, Sunbird engaged MHA Petroleum Consultants based in Denver, Colorado, to complete an Independent Reserves Assessment.

The reserves assessment confirms the proven 1P reserves of 210 bcf, which is consistent with the previous estimates undertaken by Degolyer & MacNaughton in 2009 (190 Bcf). This volume of discovered gas is considered to be of high certainty of recovery (P90) and underpins phase one of the Ibhubesi gas project development plan.

The 2P estimate of 540 bcf represents the most likely (P50) recoverable volume for the project, indicating significant potential for project viability beyond the phase one development.

Sunbird managing director, Will Barker, says, “The completion of the Independent Reserves Assessment is an important first step to deliver on our vision to supply gas to the west coast of South Africa. The independent verification of the high certainty proven gas volumes and their ability to underwrite phase one of the Ibhubesi gas project – along with the large 2P reserves – provides Sunbird with the confidence to move forward with our partners into the detailed engineering planning, gas sales negotiations and approval process required to bring the project to commercialisation.” 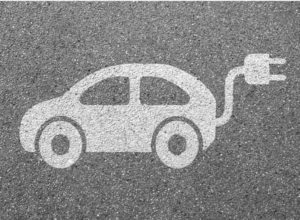 The journey for EV has hardly begun