South African energy portfolio said that concrete decisions need to be made and implemented regarding the development of the 40 000MW multi-phase hydropower project on the Inga dams, allAfrica reported.

By acting on the treaty which was signed in October this year, the Grand Inga Hydropower project could be one of th 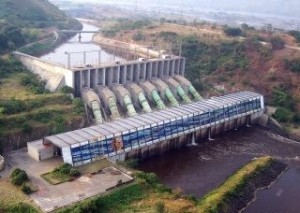 The treaty was implemented to create a working relationship between the DRC and South Africa to alleviate the pressure of the current energy crisis in the sub-Saharan region.

The construction of Inga 3 is said to generate an output of 4 800MW where 2 500MW will be distributed to South Africa.

Costing around US$12 billion, the generated power is said to facilitate positive economic growth and energy security in an environmentally friendly manner.

After the construction of Inga 3, there is a plan to install a transmission line stretching from the DRC through to Zambia, Zimbabwe and Botswana, allAfrica reported.

AllAfrica reports that South African ambassador to the DRC, Ntshikiwane Mashimbye, said their only worry was the unstable financial and security struggles which the DRC are currently facing.

‘This is a project that separates us as a generation that wants to change a continent to a different one’, he said.

Mashimbye added that ‘all conflicts will never come to an end until we have the requisite energy and industrialise the continent’.

‘We have lost lives in the DRC. We continue to be present to try and secure that country because we know that the day when the giant rises the continent will also rise’, she said.

Minister in the Presidency for Planning, Monitoring and Evaluation, Jeff Radebe, said on the day the treaty was signed that the hydropower project could provide efficient, reliable, clean and affordable power to southern African countries

‘This represents one of the most ambitious projects ever undertaken on the African continent, and one which will long be a resounding symbol of the rise of Africa and her people,” he said.