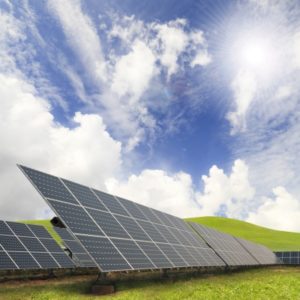 The Aurora, Paleisheuwel and Tom Burke PV plants will be located in different areas across the country with a combined generation capacity of 231MW.

The Northern Cape Aurora plant is currently on 82.5MW generation output and is estimated to generate an additional 168 GWh per year once in full operation.

According to Enel, the output corresponds to the annual energy needs of around 53,000 South African homes and will save an estimated 153,000 tonnes of CO2 emissions annually.

The Paleisheuwel photovoltaic plant will be developed in the Western Cape with a generation output of 82.5MW. Once the plant reaches optimal operation it will be able to generate a further 153 GWh per year.

Located in the Limpopo Province, the Tom Burke solar PV plant has an installed capacity of 66MW and will have the ability to add 122 GWh a year once fully up and running.

Enel Green Power has a power purchase agreement in place with state-utility Eskom which states that the generated power from the solar PV plants will be bought by Eskom.

The agreement was granted in the third phase of the Renewable Energy Independent Power Producer Procurement Programme (REIPPPP) tender driven by the South African government in October 2013, Enel said.

EGP’s projects in round 3 of REIPPPP

Taking a closer look into the nuclear industry