A new solar photovoltaic (PV) energy generating solution targeted at domestic users as well as the small-to-medium-size enterprise market has been launched by Powermode, a group based in Johannesburg. A key feature of the Soltra GTB 3000 is its ability to be used as a back-up power source in the event of a power outage or a load-shedding power cut. “This sets it apart from conventional solar PV power systems,” Jack Ward, Powermode MD, says.

The GTB 3000 is the first of a family of utility grid-connected, hybrid solar PV power systems to be launched by the company.  It features an integrated charge controller and inverter and can be operated in three modes: Linked to the electricity grid (grid-tied); as grid-tied unit with battery backup (in a hybrid configuration); or as a stand-alone hybrid unit.
Ward says back-up is facilitated by the built-in electronic monitoring system which is able to automatically draw current from its storage batteries should the mains power fail. “Switchover time is a rapid 15 milliseconds,” he notes.

The computerised system is also able to automatically prioritise its power delivery channels; to back-up batteries to facilitate recharging during daytime, for example, or to appliances during user-definable peak periods. At other times the system will automatically juggle power sources between, solar, batteries and the grid to meet changing demands based on individual consumption dynamics.

“In addition, the unit is also able to feed power back into the utility grid − legislation permitting − slowing or even reversing consumption meters to significantly minimise costs to the consumer.”

Ward says the system is one of the first of a new-generation of cost-effective modular solar solutions, requiring a comparatively low initial investment. “The unit can be expanded in terms of capacity to meet future demands. It can also be configured as a three-phase solution to meet commercial and industrial users’ requirements.”

With the escalating cost of utility power and the imminent arrival of ‘smart metering’ systems which will allow municipal authorities to bill for electricity consumption at much higher rates during peak periods in a process known as time-of-day-billing, Ward maintains that solar solutions will soon be on par with conventional power from the perspective of amortised installation and maintenance costs. “This is particularly relevant as prices are expected to rise exponentially for power consumed during peak periods.” 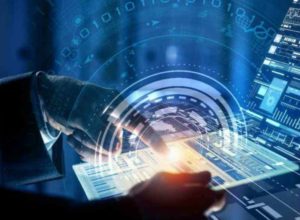