A recent academic study compared the solar aided power generation (SAPG) solution with that of a similar-sized stand-alone concentrating solar power (CSP) plant in the South African context. The objective was to determine the real advantages of these technologies, if any.

To determine the performance of the two types of renewable energy technology, the study simulated a solar aided power generation (SAPG) plant at Lephalale, Limpopo province and compared it with a model of a stand-alone concentrating solar power (CSP) plant near Upington, Northern Cape.

The integration of solar thermal collectors into conventional fossil plants, or SAPG, has proven a viable solution to address the intermittency of power generation and combines the environmental benefits of solar power plants with the efficiency and reliability of fossil power plants.

The basis of SAPG technology is to use solar thermal energy to replace the bled-off steam in regenerative Rankine power cycles. The increased steam output then enables additional power generation from the turbine (solar boosting mode) or fuel consumption can be reduced (fuel saver mode).

The temperature of the heat source is one of the major defining factors of a power plant — higher temperature results in higher overall power plant efficiency. With SAPG, the heat source temperature is not limited by the solar input temperature and is therefore an effective means of utilising low or medium solar heat (250 degrees Celsius) for power generation. However, internationally the adoption of the technology has been slow, despite it being a viable and quick means of CO2 emission reduction.

The study was conducted on a simulated SAPG power plant at Lephalale, which was based on a generic 600 MW electric subcritical fossil power plant with a reheater and regenerative rankine cycle with two low pressure feedwater heaters (FWH) downstream of the deaerator and three high-pressure FWHs upstream.

CSP plants convert the sun’s rays into high-temperature heat using various mirror configurations. This thermal energy is converted to mechanical energy with a heat engine (for instance a steam turbine) and ultimately to electricity utilising a generator.

The plants consist of two parts: one that collects solar energy and converts it to heat, and another that converts heat energy to electricity. Thermal energy storage is a possible addition which accommodates dispatachable power — a drawcard for solar thermal amongst renewable energy resources.

For the study, the plant was simulated in the solar booster mode, which has proven to produce more rewarding and stable results than fuel saving mode.

The following components, which are standard to power plants with steam turbines, were integrated into a whole-plant model:

With the above components, a sequential approach was followed and heat and mass balances were performed with efficiency analyses.

The case study compares a SAPG plant in Lephalale, home to the Matimba and under-construction Medupi coal-fired power stations, with a CSP plant near Upington, a very good solar resource area. In order to make a direct comparison with the SAPG, the solar field for the CSP plant was unaltered — actual aperture area of 80,000 m2 was used, equating to around 50 MW thermal peak capacity. No thermal energy storage was considered.

Annual simulations at a conventional north-south orientation were performed. Parabolic trough collectors are the most mature concentrating solar technology and was used for the simulations. The selection of suitable solar collector technology is outside the scope of this study.

Furthermore, the same power block specifications were used for both plants. From a SAPG perspective this can be seen as being conservative.

The stand-alone CSP plant is a complete plant, including solar field, power block and balance of plant, while the SAPG is essentially a solar field integrated into a power plant. The National Renewable Energy Laboratory developed a component-based cost model for parabolic trough solar power plants for use with systems advisor model (SAM). From this database, the cost of SAPG was extracted as 72% of that of a stand-alone CSP system (solar multiple of 1.1 with no storage).

While the solar resource at Upington, in terms of annual total Direct Normal Irradiation, is 20% higher than at Lephalale, the study found that: In terms of the conversion of solar thermal energy, SAPG proved 1.5 times more efficient than CSP (similar results were found in previous studies). Ultimately, the annual electricity generated from solar thermal at the SAPG plant is over 25% more than from the stand-alone CSP plant.

The breakdown of costs showed that SAPG is 72% of the cost of CSP. Therefore, a solar assisted high pressure feedwater heater system (SAPG) at an existing coal-fired power station is 1.8 times more cost-effective than a stand-alone CSP plant.

A 2012 study, The value of hybridising CSP (Siros et al), found SAPG to be competitive with large scale, ground-based photovoltaic plants in terms of levelised cost of electricity

SAPG is a more viable solution for South Africa in the short to medium term, with its significant coal base and good solar resource, and is comparable to large scale, ground-based photovoltaic plants. In South Africa and other developing countries, CSP has been identified as having a high potential for localisation of manufacturing, thereby, creating jobs and stimulating the green economy. SAPG has a higher local content potential than standalone CSP due to simpler sub-systems.

SAPG can assist utilities to meet their CO2 emission reduction targets in a quick and feasible manner. SAPG is a mechanism for the deployment of large scale CSP technologies. 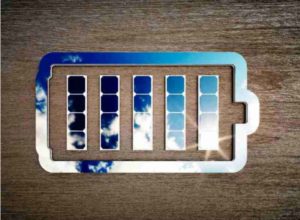 Global energy storage projects are on the rise