According to Shaun Wilson, director of professional services at Schneider Electric South Africa, power grids are summed up in a simple equation; three drivers plus three accelerators equal a smarter grid. The three drivers are: growing electricity demand, the need to reduce CO2 emissions, and the constraints on today’s electricity networks.

Electricity demand is growing all over the world. In new economies, this is driven by demography, industrialisation and urbanisation. In mature economies, it is driven by consumption (from appliances to electric vehicles) and this makes it harder to manage the peak.

“Also, to fight climate change, we need to reduce CO2 emissions. This will come mostly from energy efficiency (in homes, buildings and industrial facilities) on the one hand, and the development of renewable energy sources on the other.” Wilson adds that the constraints on existing networks, such as limited generation capacity, limits on network extension, aging infrastructure as well as the difficulty of integrating intermittent and distributed generation methods such as wind power, call for new solutions to solve the energy equation.

“At the same time, three other changes are accelerating the smartening of the grid because all sorts of new technology is now available, governments and regulators are taking an increasingly active role in the energy sector and end-users are no longer satisfied with being passive consumers.”

While new IT technology is making cyber-security a bigger threat, it is at the same time providing huge opportunities to add intelligence into more or less everything. Energy storage is no longer a distant dream and power electronics are becoming ubiquitous. Electricity networks are certainly a prime market for these new technologies.

Wilson says that governments are taking a new and harder look at their energy sector. Whether for reasons of security of supply, price stability, opening of markets, pricing transparency or the economic cost of blackouts, they are investing, regulating and supporting the power generation industry. Smart grids are one of the cornerstones of America’s stimulus plan, with US$3.9 billion earmarked for their development.

“Last but not least, citizen consumers want to know how much energy they use and to pay the right price for it.

“Electricity networks are becoming more complex and less stable all over the world. To continue to efficiently balance supply and demand, the grid needs to become smarter. The question is: how do we make the smart grid happen?”

Wilson points out that today’s grid functions in a top-down way while tomorrow’s smart grid will be bi-directional with electricity flowing out of homes and offices as well as into them.
“Today, centralised, supplier-controlled power is fed into the grid based on consumption predictions and then adjusted at the margin according to peak demand. Tomorrow, demand and supply will interact intelligently in an efficient, decentralised interoperable grid.”

Intermittent renewable generation is not always efficiently integrated but in the not-to-distant future smart grids will efficiently integrate intermittent energy from both renewable power plants and decentralised distributed renewable generation. In the existing grid, power providers have to visit consumers and regularly check meters. In the future, consumption data may transfer automatically, giving consumers and utilities a real time estimate of electricity consumption.

Today most people don’t know how much electricity they consume until they receive their electricity bill, but in the future they will be able to adjust their energy demand to moments when prices and demand are at their lowest. They will be able to use this information to decide when to switch on household appliances such as washing machines and tumble dryers or to charge other devices, and in the near future, electric cars.

Presently, the causes of power cuts have to be manually identified on the grid but in the future, Syman points out, software will be able to detect where cables or equipment are damaged and re-routing electricity flow will help build a self-healing grid making blackouts much rarer. “This sounds great, but it also means that there can be no smart grid until all connected players are smart-grid ready.”

Wilson contends that because smarter grids represent such a step up change for the electricity network, they are creating a totally new business environment. In addition to traditional technology providers, energy producers and suppliers, system and network operators, and governments and regulators, smart grids also bring together active end-users, facility managers, small and large renewable energy producers, energy traders and aggregators, IT enterprise integrators, energy efficiency providers and data management suppliers who until recently were not considered as part of the electricity value-chain. “This new landscape provides plenty of new ways for large players wanting to integrate further upstream or downstream or looking to expand into the increasingly smart electricity networks. However, it also makes for a very complex power and IT mix so customers will be looking for providers that can help them manage this, and take advantage of its many opportunities.” 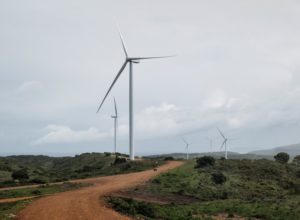