28 September 2012 – By enabling more efficient transmission and distribution of electricity, smart grids are rapidly gaining popularity around the world. However, concerns are growing that the two-way flow of information the technology involves threatens privacy and could potentially compromise personal data, says a report by energy industry expert GlobalData.

While governments worldwide prepare to spend billions on securing smart grid infrastructure from external threats, large portions of the global community are fighting the potential harvest and dissemination of personal information by utility companies and other organisations.Data collected through various smart grid technologies such as smart meters and smart appliances helps utilities to understand their consumers’ electricity consumption patterns. Based on these patterns, companies can plan their generation, provide more effective services, and also reduce peak-hour demand or load by forming suitable demand-response programs.

Worries for data privacy arise when the data collected from smart grid technologies is used to analyse the personal habits, lifestyle and behaviour of consumers, beyond providing them with efficient electricity services.In the US, a lack of clarity about the ownership and responsibility over energy consumption data has raised concerns among the population about data safety, whereas in 2009 large scale consumer group protests in the Netherlands forced the Dutch government to back down from plans to enforce the mandatory installation of smart meters in all households.

Canada is one of the few smart grid markets to recognise the significance of consumer data privacy to its citizens, creating a set of guidelines in the 1990s known as Privacy by Design in the 1990s. This has prompted major utilities in Canada to incorporate security features into their smart grid systems.

GlobalData expects the smart grid cyber security market to exhibit huge growth before the end of the decade, climbing from a global value of US$7.8 billion in 2011 to US$79 billion in 2020. 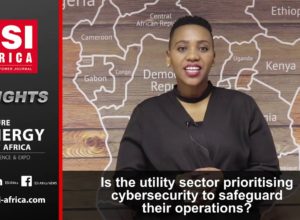 Cybersecurity should be top priority for any business