Washington D.C., United States — ESI-AFRICA.COM — 04 October 2011 – The small wind industry “’ representing about 50 MW of capacity additions each year around the world “’ is set to triple by 2015, bringing yearly capacity up to 152 MW.

Revealing this here, new analysis from Pike Research added that steady scaling would allow total installed costs to fall further, declining from about US$5.40 per watt on average today to US$4.10 per watt in 2015.

According to the American Wind Energy Association (AWEA), two thirds of all small wind systems deployed around the world are manufactured in the U.S. And in the American market, 95% of all turbines sold are made domestically.

Small wind may not be a mega-industry, but it does provide solid economic value, says Pike Research.

During another sluggish year for economic growth in 2010, the small wind industry (turbines under 100 kW) grew 26%, representing US$139 million in sales in the U.S. alone. The strong growth in the American market was spurred by the creation of an investment tax credit for small wind systems. According to AWEA, around 80% of the value of a small wind system is created within the U.S.

Similar promotion policies in other countries are driving growth around the world, allowing U.S. manufacturers to continue shipping products overseas. These companies are seeing increasing competition from Asian producers, but many of those companies have major reliability issues. For now, American and European manufacturers dominate the market.

With consistent policies that help spur better performance-based financing models, this industry will see solid growth. Pike expects the global market to grow from US$255 million to US$634 million. 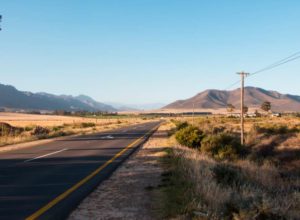