Beijing, China — ESI-AFRICA.COM — 27 May 2011 – China’s Foreign Ministry says vice premier Wang Qishan will head to Russia on Monday for two days of negotiations on bilateral energy cooperation, refuting speculation that talks had been called off over an oil dispute.

Sources here told Reuters earlier in the week that China had cancelled the talks with Russia, scheduled for May 30 and 31 to iron out issues over the price of Russian oil supplies via pipeline monopoly Transneft.

Russia’s Transneft “’ which started oil supplies to China via the first stage of the pipeline in January “’ has claimed that China National Petroleum Corporation (CNPC) underpaid for crude supplies.

“The problem you mentioned with the two companies encountering specific problems is a technical question, for which the two countries have already entrusted both parties’ enterprises to proactively discuss and resolve, according to the principles of mutual understanding and equality,” she said.

Confirmation of Wang’s trip for the seventh round of the China-Russia energy negotiations was posted to the ministry’s website late yesterday.

Transneft and Russia’s top crude producer, Rosneft borrowed US$25 billion from China in 2009 to finish building Russia’s first pipeline link to China, as part of a broader deal to supply Beijing with 300Mt of crude over 30 years.

Gazprom plans to start delivering 30 billion cubic metres of gas a year to China from 2015, and is seeking a pricing agreement this summer. 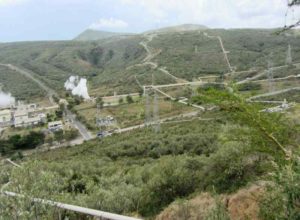