30 August 2013 – According to a report by the South African government news agency, the country is going ahead with plans to build a third coal-fired electricity power station in South Africa to support Medupi and Kusile stations.

According to trade and industry minister Rob Davies, the recent cabinet Lekgotla took a decision to immediately take steps to resolve South Africa’s energy constraints. Other measures would include finalising the process of authorising shale gas exploration in a responsible and environmentally friendly manner and exploring opportunities in the biofuels industry.

Davies says that South Africa’s cabinet has noted that the country’s economy can no longer rely heavily on the global economy to reignite growth and job creation. Energy was central to South Africa’s economic growth. “The focus of government, business and labour must be on accelerated implementation of domestic plans to grow the economy in an exclusive way and create jobs as well as seizing opportunities in the region.”

In June 2013, power utility Eskom, employers and labour at the Medupi and Kusile coal-fired power station construction sites announced that they had reached an agreement to stabilise labour relations and speed up the delivery of the power stations. The two power stations are crucial to relieve South Africa’s tight energy supply situation. 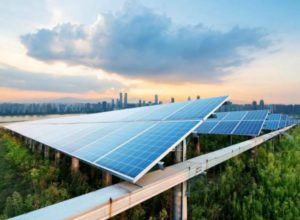