Dutch oil and gas company Shell last week announced that it is stepping down from its shale gas projects in South Africa and pulling its upstream managing director out of the country due to falling oil prices and government delays in exploration licenses.

Shell upstream MD Jan-Willem Eggnik will be leaving South Africa in the next few weeks and will be accompanied by other highly skilled employees, according to the Business Times.

“While government is sitting around farting, these companies are shifting their money away from South Africa and our economy will lose billions,” an unnamed member of parliament told Bloomberg.

Shell said that it will continue to persevere for an exploration license in the Karoo basin but that it needed to have a clear understanding of the legislation and technical regulations before it proceeded any further.

“Should attractive commercial terms be put in place, the Karoo project could compete favourably within Shell’s global shale gas and oil portfolio.

“We will continue our ongoing consultation with government [and] industry about the long-term opportunities of shale gas exploration and the regulations that will govern this industry,” Shell commented.

Bloomberg claims that Shell could have spent a minimum of ZAR2.5 billion ($242 million) in its initial shale gas exploration and the multinational oil and gas company’s decision to pull its expert staff off the project signifies a huge loss for the country.

Amendments were made to the Mineral and Petroleum Resources Development Act (MPRDA) in December, which stated that oil and gas companies would comply with this 20% stake only once they had recovered drilling and exploration costs that run into the billions.

Shell and other oil and gas companies are unable to get a license without this legislation in place.

Ramatlhodi told Reuters that: “At the moment we are going through the consultation process (with stakeholders such as communities).”

“We should finish the consultations by the middle of this year and that will enable us to issue licences”, he concluded. 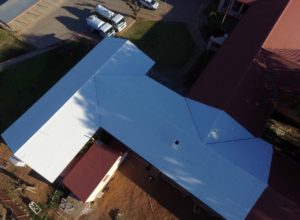