London, England — ESI-AFRICA.COM — 24 February 2012 – The Royal Dutch Shell group has submitted a proposal to buy British company Cove Energy “’ a firm with oil assets in Mozambique “’ for US$1.6 billion.

Announcing this in a statement issued here, Shell explained that Cove Energy’s main asset was an 8.5% stake in Area 1 of Mozambique’s Rovuma Basin, where US group Anadarko Petroleum “’ which has the biggest stake and is the operator “’ announced recently that it had discovered natural gas reserves estimated to total 30 trillion cubic feet.

In a statement published on its website, Dutch Shell said it had a firm intention, to offer US$3 for each Cove Energy share, which represented a premium of 28.5% against the average share price in the five trading days before 21 February.

In turn, the board of Cove Energy issued a statement saying that it would propose that the company’s shareholders accept Dutch Shell’s offer at the suggested price.

Dutch Shell’s offer to acquire Cove Energy “’ which is also involved in oil prospecting in Tanzania and Kenya “’ will be subject to the approval of the Mozambican government. 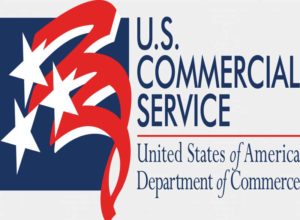