Releasing its results here, the company said that net income had risen to US$8.66 billion from US$4.39 billion a year earlier. Excluding one-time items and inventory changes, profit matched analyst estimates.

“The cash generation in the company was already quite strong and they proved it again this quarter,” said Dimitri Willems, who helps manage about 1.3 billion euros (US$1.9 billion) at Kempen Capital Management in Amsterdam. Cash flow from operations rose 43% to US$12.3 billion.

CEO Peter Voser, who sold about US$4 billion of “non-core” assets in the first half, is seeking to boost production with a US$100 billion investment plan through 2014. Shell started the Pearl gas-to-liquids and Qatargas 4 liquefied natural-gas ventures in the Middle East this year. It also expanded an oil-sands project in Canada’s Alberta region.

“The first half of 2011 saw the successful startup of three of the largest-scale projects anywhere in our industry today,” Voser said in the statement. “The ramp-up of our new projects should drive our financial performance in the coming quarters.”

Adjusted earnings at Shell came in at US$6.6 billion, in line with the mean estimate of nine analysts surveyed by Bloomberg. 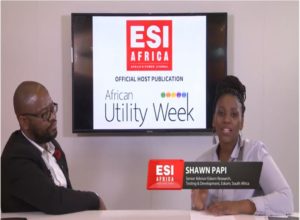 When should you deploy smart metering technology?