The shadow minister of the opposition Democratic Alliance party in South Africa, Lance Greyling, says that the appointment of Tina Joemat-Pettersson to the country’s energy portfolio is yet another indication that president Jacob Zuma is far more concerned with creating jobs for his pals than he is about good governance.

She says that this came after Joemat-Pettersson’s dismal performance as the minister of Agriculture, Forestry and Fisheries (DAFF). “President Zuma has chosen to promote minister Joemat-Pettersson to the crucial ministry of energy which is tasked with overseeing an energy build programme that will exceed R1 trillion, far more than any other infrastructure build programme that South Africa will be embarking upon.

“As DAFF Minister, Joemat-Pettersson was generally ineffective. She was implicated in a damning report in which the Public Protector, Adv Thuli Madonsela, found irregularities in the awarding of the R800 million Sekunjalo tender.  This report found that the attempt to shut down the investigation by Minister Joemat-Pettersson amounts to the illegal interference with an investigation by a Chapter 9 Institution.

“This conduct – according to Adv Madonsela – is a violation of section 181(4) of the Constitution and constitutes unethical conduct according to the Executive Members Ethics Act. By using the Minster of Justice and Constitutional Development to shield herself from this investigation, minister Joemat- Pettersson violated section 11(1) of the Public Protector Act, which is a serious criminal offence.

“Crucially, the minister was also responsible for the bungling of DAFF’s Fishing Rights Allocation Process (FRAP2013) that has left thousands of previous fishing rights holders unemployed and without the ability to provide for their families.

“Instead of being fired, Joemat-Pettersson has been rewarded for her long-standing loyalty to president Zuma. The president has essentially placed a fox in a hen-house by entrusting this minister with trillions of public money.

“If we could not trust Joemat-Pettersson to issue fishing licences, how can we be expected to trust her with keeping South Africa’s lights on? We have long held that a minister whose tenure in government has been marred with corruption and gross incompetence should be fired. However, president Zuma seems to be hell-bent on repeating the same mistakes and expecting a different result.” 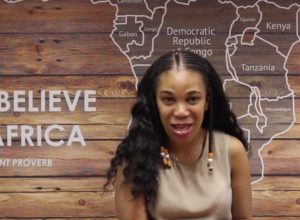