2 April 2012 – Dr Sydney Gata, promoter of the Sengwa coal fired power station project in Zimbabwe says that this venture, which will see the construction of a 2,400 MW independent power producer (IPP), is looking to achieve financial closure in either the third or fourth quarters of 2012. The expected investment required for the Sengwa project is US$4.5 billion

Key funding agencies involved include the Development Bank of Southern Africa and Standard Bank and ICB of China. Gata tells ESI Africa that a lot of progress has been made in the past six months towards achieving financial closure.

The project, located near the Zambian border some 330 km to the West of Harare, has all its key licenses in place including a transmission licence that will enable it to choose its clients. “The project is ideally situated at the epicentre of the Southern African Power Pool (SAPP), and would play a key role in helping justify the establishment of links with the East African Power Pool through Tanzania as well as see Malawi connected to the SAPP.” Neither of these is connected to the SAPP at present, and the project is able to attract multilateral institutional funding by being an enabler of such interconnection.

Gata says that the capital for the project is available in terms of debt, equity and other financing mechanisms, but it is important for Zimbabwe to have one public policy that is clear, coherent and logical. “While it is the job of government to adjust policy, if changes are made they must be rational and reasonably predictable and in such an environment one can see the establishment of IPPs.”

He is confident the Sengwa power project can avoid the risks that have overtaken mining groups where the Zimbabwean government is looking to indigenise assets owned by international mining companies. “Using the Marange diamond field as an unfortunate example, you can have a company that might invest a relatively small amount and realise billions of dollars.” This creates the impression among local people that they are not getting their fair share which provides impetus for indigenisation moves; however an IPP power project is different. Here the more explicit understanding is that developers put in all the capital, develop the coal resources required and take all the risks, and thus own the project.

The Sengwa project was originally proposed in 1997, when Gata presented the idea to Rio Tinto plc, which has mined the Sengwa colliery, and National Power plc of the UK for the construction of what was then called the Gokwe North project. It was to be a 1,400 MW private public partnership (PPP) project, and in 1999 it had almost achieved closure, but this fell through as the political situation in Zimbabwe deteriorated. 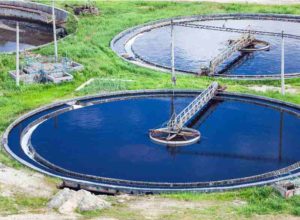