The plant was built by German solar engineering company Concentrix solar, which is a subsidiary of France-based technology company Soitec.

Besides powering the game reserve, the plant will become a training ground to develop solar skills in the area. Discussions are under way with the University of Cape Town’s Energy Research Centre as to what kind of curriculum could be developed around the demonstration plant.

The 60-kW array consists of ten trackers and took about two weeks to install and commission. The technical installation was done by Johnson Controls.

Each tracker consists of a number of concentrator modules comprising high-performance multijunction cells with a Fresnel lens, as well as an inverter and a tracking system.

Concentrix boasts that the CPV technology allows for the highest efficiency (about 40%) when compared with any other renewable energy technology, allowing the largest cost reduction potential.

A 50-MW plant is planned nearby, and the company will apply for a licence to generate private power to feed into the grid. Land for the project has been secured and the environmental impact assessment is proceeding.

Soitec president and chairperson André-Jacques Auberton-Hervé said that this project could start as soon as the contractual obligations, such as the power purchase agreement (PPA) were finalised.

It had the potential to power some 100 000 homes in the area, and he added that such a plant could also create between 200 and 400 direct local employment opportunities over 30 years.

Western Cape provincial government MEC for finance, economic development and tourism Allan Winde commended the stakeholders for making a "bold move" towards solar and renewable energy, which he conceded had a "long way to go in South Africa", particularly with finalising the PPAs.

"The solar facility on this safari site gives it a competitive edge as a long-haul destination, as travellers become more concerned about their carbon footprint," said Winde.

Concentrix solar CEO Hansjorg Lerchendmuller explained that the installation process was fairly simple, and quick. Because the tracker is modular, the same process takes place for all trackers. A hole is dug, the steel pole is erected, concrete is poured, the steel tracker structure is aligned while flat on the ground, whereafter a crane lifts the structure to the top of the steel pole and it is mounted and wired.

Although CPV is not a technology recognised under the renewable energy feed-in tariff (Refit), the participants envisage that the 50-MW plant would be able to generate power under the R3,94/kWh tariff for large solar grid-connected photovoltaic projects, which was set out by the National Energy Regulator of South Africa.

The differentiator of this technology was that CPV power plants use lenses to focus direct sunlight onto small, more efficient solar cells. In fact, there are about 50% more efficient than regular PVs for every square-metre of module. The two-axis tracked technology also allows the panels to follow the direct sunlight, allowing for a constant power output curve while the sun shines. The CPV technology was designed for areas with high irradiation – like South Africa.

The largest installation by Concentrix was in New Mexico, with a capacity of 1 MW, however the company stated that it was relatively easy to scale up the technology, which could be installed at a rate of about 2 MW/m.

"You see it, we are doing it. That’s our way – we don’t talk, we do," emphasised Auberton-Hervé. 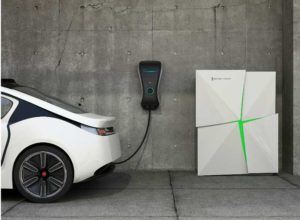 Green recovery to work in favour of global EV adoption