According to a report by Reuters, the Southern African Development Community (SADC) has made a commitment to investment between $114 billion and $233 billion between 2012-2027 in order to combat power supply deficits as well as ramp up renewable energy development.

Executive secretary at the Renewable Energy Policy Network for the 21st Century, Christine Lins said “Renewables … provide needed energy services in a sustainable manner, more rapidly and generally at lower cost than fossil fuels. Their potential for the African continent is significant”.

The Southern African region experiences rolling blackouts across a number of countries, and caused by low electrification rates and ageing infrastructure.

Although South Africa has the continent’s most developed economy, it has been no exception with Eskom having to apply load shedding regularly over the last year, affecting manufacturing as well as the mining sector.

Furthermore, the report states that renewable energy in southern Africa is gaining prominence with an estimated 23,5% of generation in hydropower which has installed under 12, 000MW in capacity.

The report also noted that current potential hydro resources in the region amount to just under 41,000 MW, not including major expansion on the Congo River.

Meanwhile, most SADC member countries still rely heavily on using biomass as a source of energy with wood and charcoal accounting for more than 45% of the final energy consumption in the region. 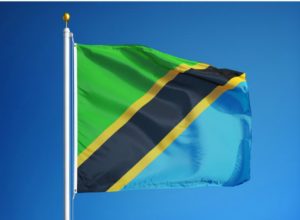