Johannesburg, South Africa — ESI-AFRICA.COM — 30 March 2011 – South Africa will accelerate its renewable energy programme to meet a target of producing
10,000GW hours by 2013, says director of energy efficiency and environment in the Department of Energy Xolile Mabusela

The country is struggling to meet fast-rising demand for power, and national power utility Eskom Holdings has said that supply will remain tight until 2015, especially over the next two years.

“But at the same time the government is confident. One of the things that is currently being done is the review of the white paper and feed-in-tariffs by the regulator to ensure that the targets are achieved,” he said.

South Africa is increasingly looking towards renewable energy to help plug its chronic power shortage and to decrease reliance on coal-fired power stations, which provide over 90% of the country’s electricity.

Private producers and industry have long said they could supply thousands of much-needed megawatts, but have been blocked by a lack of power purchase deals. 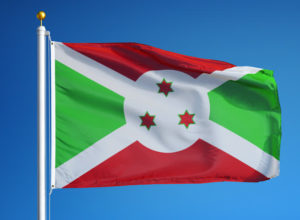