8 November 2007 – Maurice Magagumela, CEO of the National Nuclear Regulator (NNR) has been elected as President of the fourth review meeting of contracting parties to the Convention on Nuclear Safety, a statement from the ministry of minerals and energy announced.

Minister of minerals and energy, Buyelwa Sonjica, congratulated Mr Magagumela on his election and said this confirms the international community’s confidence in South Africa’s nuclear regulatory framework and a demonstration of trust in Mr Magagumela and the NNR.

The Convention on Nuclear Safety aims to:
* achieving and maintaining a high level of nuclear safety worldwide through the enhancement of national measures and international co-operation including, where appropriate, safety related technical co-operation
* Establishing and maintaining effective defences in nuclear installations against potential radiological hazards in order to protect individuals, society and the environment from harmful effects of ionising radiation from such installations
* preventing accidents with radiological consequences and to mitigate such consequences should they occur.

South Africa has been part of the convention since 1999 and has participated in the last three review meetings, which are held every three years to review national reports. These reports detail measures taken to ensure nuclear safety at nuclear power plants.

In addition to meeting legally binding requirements, South Africa’s participation in this process ensures that regulation at Koeberg Nuclear Power Station is in accordance with internationally accepted standards and subject to peer review. The review process allows for an exchange of ideas and experiences.

The fourth review meeting will be held from 14 – 25 April 2008 in Vienna, at the IAEA headquarters. 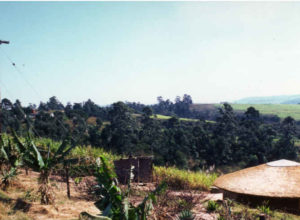