The money will be used to help Eskom develop its concentrating solar power plant near Upington and its Sere wind power plant.

The US$250 million loan is funded by the World Bank’s Clean Technology Fund which promotes scaled-up financing for demonstration, deployment and transfer of low-carbon technologies with significant potential for long-term greenhouse gas emissions savings.

It complements an existing US$260 million loan provided to Eskom in April 2010. That money was also to assist in implementing the Upington and Sere renewable energy projects. The original US$260 million was included in a US$3.75 billion Eskom investment support package.

“Africa is beginning to grow and the problem of energy insecurity is dampening that growth,” said Obiageli Ezekwesili, World Bank vice-president for the Africa region. “By investing in these cutting edge, transformational solar and wind power projects, we are saying that Africa can lead the way in securing a clean energy future.”

The loan will help Eskom implement two of the largest renewable energy projects ever attempted on the African continent.

The concentrating solar power plant is a 100MW project and the Sere wind project, which is located about 300km north of Cape Town, also has a capacity of 100MW.

Approval of the project comes as South Africa prepares to host the COP17 meeting of the United Nations Framework Convention on Climate Change in Durban. The meeting starts on 28 November. 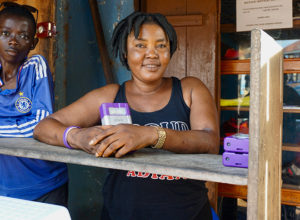