20 March 2013 – South Africa’s Sugar Association is in talks with the country’s government about using bagasse, a by-product from sugarcane, to generate power and help stem a shortage of electricity in the country.

“It is being worked on with government and hopefully, in the next couple of months, something will come up,” Trix Trikam, the association’s executive director, said in an interview with Bloomberg.

South Africa, where chronic electricity shortages led to the suspension of mines and factories in 2008, has embarked on a program to boost generation by awarding contracts to build wind and solar plants. Bagasse isn’t regarded by the government as a renewable source of electricity, according to Remgro’s TSB Sugar Holdings unit, which supplies between 2.0 and 7.0 MW to the country’s grid.

“We could produce about 1,000 MW, but a lot of capital investment will be needed,” Trikam says and adds that sugar millers, which already generate power to run their operations, are willing to invest to produce more energy. “We can make those boilers much more efficient and we can invest money in bigger boilers.” 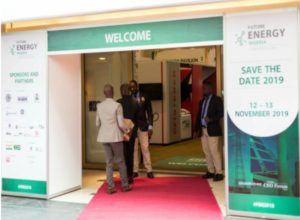