28 May 2012 – In a speech presented by a senior official in South Africa’s department of energy (DoE) at African Utility Week on behalf of energy minister Dipuo Peters the DoE says that the country’s renewable energy independent power producer bidding programme has lived up to expectations. It has done so by attracting foreign direct investment into South Africa worth about R70 billion over 12 months.

The DoE announced 28 successful bidders from window 1 of the programme at CoP 17 in Durban in November last year. In May 2012 it announced a further 19 preferred bidders from the second window under this programme. Investment is expected to be introduced into the South African economy through wind and solar projects in the Northern Cape, Western Cape, Eastern Cape and Free State.

The DoE also says that this year it is set to initiate a fresh bidding round for other technologies, such as cogeneration from biomass (including sugar and paper), biogas, landfill gas, and small hydro. Relative to the first window under the bidding process, the DoE says it has seen significant improvement in commitments towards local content and job creation, simultaneously as the selling price of the power has been declining.

It will also be introducing the small power (of less than 5.0 MW capacity) bidding round in the next few weeks. This will be followed by the renewable cogeneration bidding round, to harness the sugar and paper opportunity that promises to create new job opportunities.

Over and above the renewable energy IPP programme, the DoE has also issued a Request for Information for projects that are available from other technologies. It is keen to assess gas, imported hydro, cogeneration and coal technologies. “Once we have received the information about prospective projects, we will initiate a procurement process to meet the integrated resource plan (IRP) requirements based on these projects.” 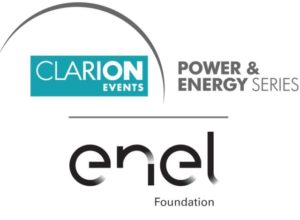