The South African government, at a nuclear conference held in Midrand in March 2013, strongly affirmed its support of the country’s planned nuclear programme for a fleet of power stations to provide 9.6 GW as per the national integrated resource plan (IRP).

Yet, in spite of the South African government’s continued support for the nuclear power programme, there hovers a cloud of uncertainty. 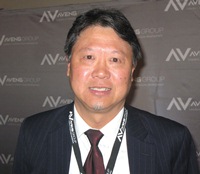 South Africa made the decision to implement a nuclear power programme on 16 March 2011 whereby 9.6 GW of nuclear power is to be added to the national grid by 2030. This decision was taken five days after the Fukushima nuclear reactor incident in Japan and South Africa’s minister of energy Dipuo Peters hopes this emphasises that the political will is there to take forward South Africa’s planned nuclear energy programme. Eskom is to be the owner and operator of these power stations.

Peters sensibly states that any long term energy mix requires the country to use all its resources including nuclear energy. “The earthquake tsunami that struck Japan almost put a damper on the nuclear plan, but cabinet said the country has legislation in the sector and can deal with any challenges. A proviso was that the department of energy should ensure there is a nuclear power implementation plan that will speak to all of the 19 milestones listed by the International Atomic Energy Agency (IAEA).”

In early February 2013, South Africa undertook an Integrated Nuclear Infrastructure Review (INIR), a peer review of its nuclear power capability, as per the guidelines of the IAEA. This review covers a range of issues ranging from political will to infrastructure. Peters says the agency has never before undertaken an INIR for a country with an existing nuclear programme as this was designed for newcomers to the sector. She says the fact that South Africa undertook the process should also be seen as a strong indicator of the political will to ensure its planned nuclear programme takes place.

After the Fukushima nuclear installation incident due to the worst tsunami on record, the result of the nuclear reactor failure being no deaths and no one affected by radiation, the South African government nonetheless opted for caution. Eskom and the South African Nuclear Energy Corporation (Necsa) were asked respectively to undertake a safety assessment of Koeberg nuclear power station and the test reactor at Pelindaba, and these came out positively. In addition a body called the National Nuclear Energy Executive Coordination Committee was formed.

Peters points out that nuclear energy produces base load power with a controllable and predictable output. Because South Africa is trying to reduce its dependence on coal fired power, nuclear is currently the only established base load option the country has. Gas may have potential for the future, but at the moment the choice comes down to nuclear energy or coal fired energy. Peters correctly notes that the country cannot depend only on wind and solar. “Our vision is to migrate to a low carbon economy by 2030 and therefore we have no choice but to include nuclear energy into the mix and we must explore the necessary models to achieve this.”

The country’s deputy president Kgalema Motlanthe says, “South Africa has had coal at the core of a mining driven economy, and coal generates over 90% of the country’s electricity. Coal is not a long term solution. Most of the coal used is clustered in the north-east part of South Africa, which requires long high voltage lines to transmit electricity across vast distances. This is strategically unwise over the long term.” 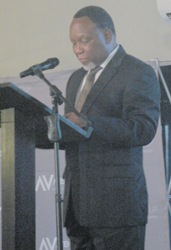 Motlanthe says, “We need to produce electricity in other parts of South Africa. This is a strategically sensible approach which requires the use of other energy sources in addition to coal. Nuclear power is ideal, since we can build large plants on the southern coastline and other points in the future. Nuclear power plant building is a major undertaking and South African industry can play a major role in the construction and fabrication of these.”

So, with such a clear cut policy statement, why does the uncertainty about South Africa’s nuclear programme linger?

One reason is obviously the emotive and irrational opposition that exists globally towards nuclear power. Peters hints at the political challenge that presents and suggests, “Let South Africa have open engagement about nuclear power. Let the people of South Africa be informed and let them weigh the pros and cons. We went to speak to the communities in the areas where the power stations are to be and out of the process we have a public education centre created to demystify nuclear technology.” She says that lies about nuclear technology, are being told to the people of the Eastern Cape a region she envisages could become a national energy hub, with nuclear energy being part of that. Peters has appealed to the nuclear industry to host events and discussions in that region to assist the department of energy in promoting the benefits of nuclear power.

Another reason for the uncertainty is that while the Nuclear Africa conference held in March 2013 saw both Peters and Motlanthe attend for a full half day, no statement regarding the go ahead and timing of South Africa’s nuclear build programme was forthcoming. The nuclear power programme is already late according to the timeframe established in the IRP. Peters says, “The go ahead decision has been delayed to ensure we can achieve local industrialisation of this technology. We are taking the fleet approach to get maximum industrialisation out of it. South Africa’s new growth path was clear that in ten years we need to create five million jobs – included in this was the potential of nuclear development. It is part of the policy to create decent and sustainable careers, not just jobs.”

Uncertainty also exists because of the magnitude of the programme, and the associated up-front costs. While nuclear power is cost effective over time, due to the longevity of the plants, good load factors and low fuel costs, the upfront costs are large. The well documented Medupi construction problems and the large cost overruns on the current Eskom build programme overall, if replicated in a nuclear build programme simply would not be affordable for South Africa. The IRP set the figure for the nuclear build programme originally at R300 billion, and in response to arguments about a lack of recent cost updates Peters says this figure could be updated by 40%.

There are also fears that a build programme as massive as that of South Africa’s planned nuclear power programme could make the wastage and corruption associated with the country’s notorious R70 billion arms deal trivial by comparison. This is a particular concern in light of the increasing levels of corruption, mismanagement and inefficient spending of taxpayer money in South Africa.

The CEO of Necsa, Phumzile Tshelane, says that building a national nuclear energy infrastructure is complex and requires many years of preparation and detailed planning. “There is a process for procurement. We take cognisance of the fact that this programme is a multiple of what the arms deal was and we must manage it carefully.” He adds, “It is necessary to do early training of core and critical skills, as we don’t want to suffer delays due to a shortage of such critical skills. We need to leverage agreements between the South African government and international partners. We must leverage supplier and utility relationships. We must engage the IAEA for support and technical cooperation. All this does not happen overnight, and these steps need to take place now.” 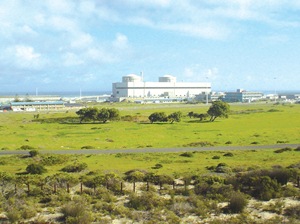 Tshelane says that the nuclear safety record in South Africa is one of the best globally for power stations of Koeberg’s generation. He notes that at the highest level there is a drive for a nuclear programme. The regulatory framework in the country is mature, though the INIR did find that having the regulator reporting to the department of energy creates conflict of interest. “Funding and financing need to be solved and there is a need to train thousands of young people in advance to ensure sustainability. South Africa’s environmental protection legislation is one of best in the world. In terms of the nuclear fuel cycle, the country has played in this space and can do more.” He does emphasise that the main issue related to procurement is governance. “We need to embed a properly structured procurement governance and will do so.”

Danny Quan, head of nuclear construction at Aveng Nuclear, notes the scale of funding and construction required for the nuclear programme. “The equity portion of the funding would be some 20% to 25%. The remainder, the debt portion, can be found through export credit funding. OECD guidelines on export credit would be used.”

However the scale of work required on the nuclear programme is daunting, just in terms of the project guarantees required. Based on Eskom’s 2008 engineering, procurement and construction (EPC) bid based on the Fidic Silver Book, a contractor is required to provide an advance payment of 5% to 15% before adding any value on site. In addition a parent company guarantee is required.

The civil works contract size for the first two nuclear reactor units totals an estimated R35 billion, and the electromechanical package takes this up to R60 billion. On an ECP contractual format, taking into account the bonding, a 30% parent company guarantee, as well as a 10% advance payment guarantee for a limited period, this work would entail contractor guarantees of some R24 billion. Weighed up against the market caps of the major construction groups in South Africa in March 2013 (Murray & Roberts, R11 billion; Wilson Bayly Holmes, R11 billion, Group Five, R4 billion, Stefanutti Stocks, R1,7 billion, Basil Read, R1.5 billion and Avenge, R14.4 billion) such a number is daunting.

“South Africa’s construction industry can develop local skills, but how will the country be able to come up with these performance bonds? It will be a challenge even for a combination of these construction companies,” Quan says. “The market caps of the companies do not match these large numbers, and they would be using 75% of their financial facilities at any one time. Thus when the nuclear build comes along they would be seriously challenged.”

If the South African construction companies can’t come up with the bonds as required by the South African bid requirement, does it mean going to foreign contractors to use their balance sheets? “It means thought should be given as to whether the EPC bid be cut up into smaller packages, where the nuclear speciality portions are a smaller contract.” Should South Africa be more flexible to its local contractors in the bonding requirement, Quan asks.

Mile Sofijanic, the managing director of Concor, a subsidiary of the Murray & Roberts group, says that the construction industry can undertake the nuclear build programme. He reminds that the capacity of Medupi and Kusile is 9.6 GW, which is similar to the planned nuclear power programme. “Maybe there was not enough planning for Medupi and Kusile. Maybe we do not have the SA incorporated concept. South Africa can deliver large projects, but the question is at what cost and in what timeframe.”

While it is correct that a lot of work has to go into developing the necessary capacity and frameworks for the nuclear power programme, for South Africa cannot afford to repeat mistakes made in the past, until a go-ahead is announced uncertainty will remain. Eskom is by necessity planning for a nuclear programme, but it is also making contingency plans for Coal 3. It would be foolish of the utility not to.