Peters said it was unfortunate there was a huge untapped potential in hydro power while the region was experiencing limited power supplies that led to blackouts. The lack of progress was due to the absence of a coherent policy environment to produce and trade in electrical energy.

“Each national utility works independently of its neighbours and evaluates its operations and expansion options on a narrow project-by-project basis.”

She said the SADC electricity industry’s co-ordination of investment plans left much to be desired. A regular, consistent power supply would do much to attract foreign investment and to entice international companies to establish operations , she said.

She called on the region to accept that private sector investment in electricity generation would come if electricity utilities made profits. South Africa too had come to accept that the era of cheap electricity was over, even though the government was facing a huge rural development challenge.

SADC member states should therefore endeavour to provide an environment that would make their region an attractive investment destination for power projects, she added.

SADC Executive Secretary, Dr Tomaz Salomao said SADC was developing a regional infrastructure development master plan in order to define its minimum integrated infrastructure requirements . He said it was critical for SADC to address the constraints of electricity supply for industrial development, export-led growth and universal access to energy by the regional citizenry.

In a speech read by SADC secretariat Director for Infrastructure and Services, Remmy Makumbe, Salomao said it was no surprise that the region had been badly affected by power generation capacity shortfalls since 2007. The Southern African Power Pool (SAPP) had predicted as early as 1999 that surplus capacity would shrink and reach its lowest ebb in 2007. SAPP had warned that this would worsen if SADC governments did not take appropriate measures. 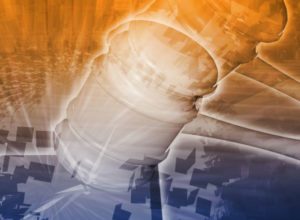