1 October 2013 – Due to a warmer winter in South Africa the country’s winter electricity demand peaked at 35,421 MW on the 11th of June 2013 compared with 35,894 MW on the 7th of August 2012. National electricity utility Eskom says that open cycle gas turbines and reduction by contracted industrial customers were used to meet demand.

The utility undertook more maintenance on its fleet during the winter of 2013 than in the three preceding years for the same period.

Eskom has signed up various independent power producers (IPPs) including about 2,000 MW from the rounds one and two renewable energy programme in South Africa of which 320 MW will be operational by the of end March 2014. It has also signed up 1,005 MW from two Department of Energy open cycle gas turbine peaker units to be operational mid-2015. It has short and medium term IPPs contracted until December 2013, with the decision to continue with these to be based on available funding.

For the coming summer in South Africa Eskom says the system will remain tight with different challenges due to the summer load profile. Unlike winter, where the demand increases during the evening peak (5:00 pm to 9:00 pm), the demand profile during summer is much flatter with an increased demand profile throughout the day, primarily due to air-conditioning and geysers. If there is a constraint, the system is constrained for the entire day. Unlike winter where residential customers had the greatest impact, during the summer, it is primarily the commercial sector that can make the biggest difference.

The challenge is to ensure that there is sufficient generation capacity throughout the day, as Eskom continues with its maintenance plan and focuses on reducing unplanned outages. Summer is typically maintenance season, but this summer maintenance will increase based on the generation strategy as most of the maintenance is fixed and cannot be deferred.

This means that the utility will run its open cycle gas turbines harder in summer than during winter.

Eskom also says it has not turned down any request for new connections and processes all requests. Currently it has 87 projects in the pipeline with a potential total capacity of 3,525 MW coming on stream in the next 10 years. The mining and metallurgical sectors account for the greatest volume of megawatts of these new connections. 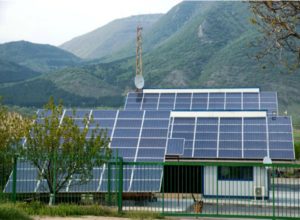