13 August 2013 – South Africa will have to invest as much as US$9 billion in new coal mines to supply power plants that would be at risk of running short of the fuel as soon as 2015, an industry study has found.

While some of the growing demand from power stations can be satisfied by extending current coal projects, “the majority will need to be met from new mines,” Cape Town-based consultant Green House said in its coal roadmap report.

Disagreement between mining companies and state utility Eskom Holdings over returns on investment has delayed new coal ventures, according to a Bloomberg report. Eskom participated in the Green House study, along with Anglo American, Sasol, Exxaro Resources, BHP Billiton and the government departments of mineral resources and energy. They various stakeholders are seeking to avoid a repeat of power shortages that halted mines and factories in 2008.

Eskom is spending about US$50 billion revamping old plants and building new coal fired power stations including Kusile and Medupi, which are set to be the world’s third- and fourth-largest coal-fired stations.

Based on Eskom’s projections that it will need an additional 60 million tonnes of coal a year by 2020, the study estimates five to 10 new mines will have to be built at a total cost US$60 to US$90 billion.

While Eskom expected most of its power stations to run for 40 years and signed corresponding coal-supply deals, many have run at higher capacity and for longer than planned, according to the study. The utility has also resumed output at three mothballed plants whose coal supplies had been reallocated.

“Eskom’s originally contracted coal mines are consequently insufficient for its planned consumption of coal,” the study showed. The utility “still needs to secure, contract and build the mines to provide about two billion tonnes of the estimated four billion tonnes it requires to supply its current power stations.”

The study outlined four scenarios, two of which envisioned increased use of coal and two outlining a greater role for nuclear and renewable energy. All options see coal being part of the energy mix beyond 2040. 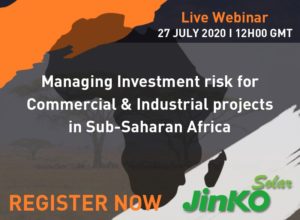