Johannesburg, South Africa — ESI-AFRICA.COM — 20 May 2011 – South Africa needs to start the international procurement process for its planned new nuclear plants early next year so that it will be in a position to build the first 1,600MW plant by 2023 and avoid blackouts.

Reuters reports that South Africa operates the continent’s sole nuclear plant, near Cape Town, and plans to build a total of 9,600MW of new nuclear power production between 2023 and 2030 to ease the impending power shortage.

“To meet the 2023 target, we need to make decisions to be able to start the procurement early next year,” energy minister Dipuo Peters told journalists on the sidelines of a nuclear forum here.
“The first megawatts must kick in by 2023 so that the lights stay on,” she cautioned.

South Africa has committed to nuclear expansion as other countries are rethinking their atomic-power plans, following the March nuclear crisis in Japan. But Peters conceded that her department had to revisit its safety protocols after the accident at the Fukushima Daiichi nuclear plant in Japan.

The minister said South Africa was not targeting any specific bidders, but would favour a country or a technology developer that would use local skills and create jobs in construction.

The ruling African National Congress, which devoted billions of dollars in the budget to creating jobs, has been trying for years to cut into an unemployment rate that has lingered at about 25%.

South Africa’s cabinet recently approved the country’s 20-year energy master plan, meant to promote investment in the power sector and help build reserve capacity to avoid a repeat of a 2008 power crisis that shut industry down for days and cost the economy billions of dollars in lost output.

South Africa currently relies on coal for nearly all of its electricity, but the new plan calls for 42% of all new plants coming on stream between now and 2030 to be based on green power, with 23% on nuclear and 15% on coal. 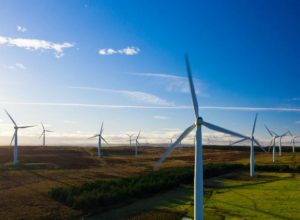