South Africa is overhauling its energy policy, looking to more than double its power supply by adding more than 50 000MW of electricity to the grid at a cost of R860 billion.

But as it seeks to ease power shortages that caused paralysing blackouts in 2008, environmentalists are saying it is not doing enough to cut its reliance on coal-fired power “’ currently the source of more than 90% of the country’s electricity supply.

The scrutiny is intensifying as South Africa prepares to host the next round of United Nations climate talks in Durban from 28 November to 9 December.

The talks “’ the successor to the Kyoto Protocol and last year’s conference in Cancun, Mexico “’ will see global leaders try to make meaningful progress toward a binding international agreement to curb climate change. They will be key in deciding the future of the Kyoto emissions targets, which expire next year.

Environmentalists say President Jacob Zuma faces embarrassment at the talks if his government doesn’t move to slash the country’s dependence on coal.

South Africa had pledged at the 2009 talks in Copenhagen to cut emissions 42% by 2025. But the country’s draft energy plan proposed cutting carbon emissions by only 30% by 2030.

And last week Zuma’s cabinet approved a new version of the plan that officials said would scale up renewable and nuclear energy, with 42% of new power generation coming from renewable sources, 23% from nuclear and just 15% from coal.

But the full plan will not be released until the end of March, and it is still unclear what emissions levels or the final electricity mix will be.

South Africa has announced plans to develop the world’s largest solar project, a 5 000MW plant in the arid Northern Cape province, and is reported to be betting heavily on nuclear power. But it has also been criticised for forging ahead with construction of the new 4 800MW Medupi coal-fired power plant. 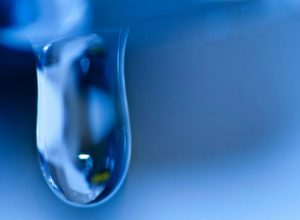