2 April 2013 – South Africa must cut power consumption by 10% to 15% to avoid a repeat of rolling blackouts that crippled the country and its mining industry in 2008, energy minister Dipuo Peters says.

The planned commissioning of new base load capacity in South Africa has been pushed back beyond expectations by delays. The winter of 2012 should have seen the peaking of the electricity crisis in South Africa as the most dangerous period in terms of stretched electricity supply. After that with new base load coal fired Medupi units online the crisis should have eased.

Even though electricity consumption has fallen recently in South Africa due to energy savings, strikes, a drop in commodities markets, electricity buybacks by Eskom and a slowdown in business confidence, the failure of the Medupi units to materialise before the winter of 2013 means the country’s generation capacity could be stretched beyond breaking point. The country’s ability to further absorb electricity demand cuts is being tested. Eskom’s estimated surplus capacity is now at a similar level to when power cuts struck in early 2008.

Total electricity consumption in South Africa increased 20% from 2000 to 2010, while generation capacity grew by 7% according to the U.S. Energy Information Administration. 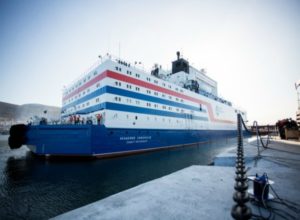