15 March 2013 – Eskom reports that it will not go ahead with the disconnection of the bulk electricity supply to the city of Matlosana local municipality in South Africa’s North West province after the municipality made significant part-payments on the arrear debt which it owed Eskom. It has also reached a payment agreement to settle the balance of the arrear debt.

As a result Eskom has agreed not to go ahead with the disconnection of which it warned in a notice published on the 7th of February 2013, at which time the municipality was in arrears to the tune of R91.8 million, some of which had been outstanding for more than 90 days.
The Matlosana municipality, which includes the towns of Klerksdorp and Jouberton, affirmed its commitment to honouring the remaining terms and conditions as set out in its payment agreement with Eskom.

Eskom has become increasingly concerned about the rapid growth in municipal arrear debt, which stood at R1.3 billion in February 2013. Eskom urges all defaulting municipalities to honour their commitment to pay for the electricity they use.

Disconnection is a last resort, when payment agreements have not been honoured, and Eskom complies with the provisions of the Promotion of Administrative Justice Act, which requires it to publish notices and give affected customers a chance to make submissions before it can resort to disconnecting supply.

Eskom also on 26th February 2013 issued Matjhabeng local municipality in the Free State province with a notice of disconnection, alerting the municipality to inform its customers that electricity supply to the municipality will be disconnected on the 10th of April 2013 if it does not settle its outstanding account by 31st of March 2013. Matjhabeng includes several towns, the largest of which is Welkom, and has R145 million in arrear debt to Eskom. The public are invited to make submissions by 10 AM on Thursday 28th March 2013.

Approximately 40% of Eskom’s total sales go to municipalities, which Eskom supplies in bulk, while they in turn supply electricity to households and businesses in their areas of supply. 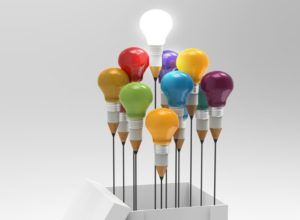