Johannesburg, South Africa — ESI-POWER.COM — 31 January 2012 – South African national power utility Eskom Holdings is considering importing more electricity from its neighbours as its own power resources are expected to remain tight for at least the next two years.

Revealing this new development, Eskom CEO Brian Dames has said supply is likely to remain tight until the first of two new power stations under construction comes on stream in 2013, and that the country will not be fully in the clear until 2015.

“In looking at how to deal with this power system issue, we are certainly looking at all options, all the way from imports from the region to better coal quality,” Dames said in a quarterly status update.

He added that the utility had identified possible cross-border generation, with a target of 100MW by July this year, to ease the short-term strain.

Miningmx quotes Reuters as saying that the countries on South Africa’s borders have nowhere near the electric generation capacity of their richer neighbour and little excess power to export.

The power crunch should be eased when the 4,800MW Medupi coal-fired power station is up and running. The start date has been delagyed to May 2013 from late 2012 due to construction problems, putting further strain on the rid.

Dames said the utility was yet to decide the rate of its next tariff increases. 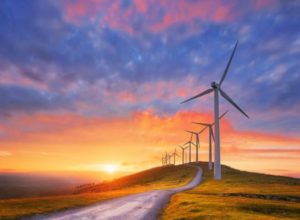