8 September 2010 – Government has expressed concern that investment by the private sector in new power generation capacity has not happened as it should.

Addressing an Investec Summit on Tuesday, Energy Minister Dipuo Peters said in 2006 government committed itself to achieving a minimum of 30 percent participation by the private sector in new generation capacity going into the future.

The commitment was made out of the realization that Independent Power Producers (IPPs) were needed to complement power generation by Eskom.

"We have, however, noted with serious concern that the investment by the private sector has not happened on the magnitude that was originally envisaged, and as government, we are working tirelessly to create an enabling environment for the IPPs to penetrate our electricity supply industry," said Peters, adding that an Inter-Ministerial Committee (IMC) on Energy had been set up to finalize decisions around the issue.

She said steady progress was being made and that the department was in the process of reporting back to Cabinet.

"We are also finalizing the assessment of the current environment which, amongst others, includes the independence of the buyer in facilitating the procurement from the IPPs. We are also in the process of facilitating the establishment of the Independent System and Market Operator (ISMO)," she told the summit.

The ISMO is intended to level the playing field and eliminate conflict of interest between the buyer and the seller of electricity in a manner that protects all players. The department also recognised that in addition to having IPPs contribute to electricity supply, renewable energy also can contribute to securing energy.

"Diversification of energy sources, expanding access to energy services and contributing to sustainable development through the optimum use of cleaner energy resources is critical especially in this era," said the minister.

South Africa, she said, still had the task of developing renewable energy sources like solar, hydro and wind power to their full potential.

This has led to the identifying of clear targets for renewable energy options within the Integrated Resource Plan (IRP).

To address challenges of funding renewable energy technologies, the National Energy Regulator of South Africa (Nersa) has promulgated Renewable Energy Feed-in-Tariffs (REFIT) which is meant to attract investors to the sector.

Investors who are operating within this framework will have guaranteed tariffs over a period of 20 years. 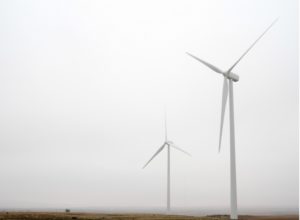 300MW wind farm on the cards for Tanzania