14 June 2012 – The revenue per kWh of South Africa’s power supply company, Eskom, increased to ZAR50.3c/kWh for its financial year to the end of March 2012. The state owned company reported its financial results on the 14th of June 2012, and at a pre-results briefing CEO Brian Dames and finance director Paul O’Flaherty said that if the revenue was to be cost reflective of the real price of electricity it should be somewhere between ZAR80c/kWh and 95c/kWh.

This is based on that the company is currently paying independent power producers (IPPs) prices of 80c/kWh and higher. Though not yet profitable in terms of the parameters used by the national regulator, the utility is cash positive as its operating costs were 41.3c/kWh.

Eskom, however, is funding a R300 billion build programme, of which 78% of the funding is secured and interest payments of some R23.5 billion a year over the next six years will have to be met. Eskom’s debt stands at just under R183 billion. The R13.2 billion surplus achieved in the year ending March 2012 will be reinvested into the business.

Half of the operating costs are accounted for by the costs of primary energy, and these have shown well above inflation increases, with the cost of coal increasing by 17% over the past year and the costs of purchasing power from co-generator IPPs having increased by 19% as well. Some R1.5 billion has been spent over the past financial year on fuel for Eskom’s open cycle gas turbines.

Capital expenditure over the last financial year by Eskom was R58.8 billion and O’Flaherty says that an annual number of between R60 billion and R65 billion of spend is what it is capable of handling, in terms of sourcing finance and deploying the funds.

Under the current management team Eskom has improved its performance as measured over a variety of key performance indicators. Included among these are 155,000 new connections established in the past financial year versus a target of 125,000, and 11,000 trainees in its system of which 7,500 are for Eskom and the rest for the benefit of the country. The utility, which employs 43,400 people, surpassed a R1.5 billion cost efficiency target and managed to achieve cost efficiency savings of R4 billion over the past financial year.

Dames says that while price increases will have to occur, he favours a longer term approach to mitigate the effects on the country’s economy and users of electricity. 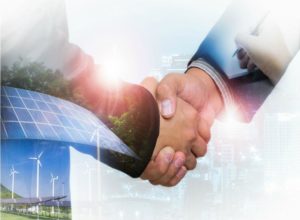