Johannesburg, South Africa — ESI-AFRICA.COM — 06 December 2010 – China Guangdong Nuclear Power Group “’ a potential developer of atomic plants in South Africa “’ says the country could start generating power from a new reactor in 2020, and could have nine further 1000-megawatt (MW) units by 2030.

“A plant could be built independently or with South African utility Eskom Holdings Limited (Eskom),” the Chinese company said here at a hearing of the country’s Integrated Resource Plan. “A power purchase agreement may be backed by a government guarantee,” it added.

South Africa needs to boost electricity generation to fuel the country’s growing economy. State-owned utility Eskom, which supplies about 95% of the country’s power, scrapped a plan last year to contract Toshiba Corporation’s Westinghouse Electric Company or Areva SA to build a nuclear plant, citing a lack of funds. A draft 20-year national electricity expansion plan under discussion proposes starting a reactor by 2022 or 2023.

Nuclear is “the most mature and reliable base-load energy option, with the least life-cycle cost,” Shenzhen-based China Guangdong said in its response to the draft resource plan. The state-owned company is China’s second-biggest builder of atomic plants, and also develops wind-power and solar facilities.

The cost of constructing a nuclear plant is US$4 500 to US$5 500 a kilowatt “’ higher than budgeted in the resource plan “’ Eskom said in a separate submission. Electricity prices may also be higher than estimated in the plan, it said.

The government is seeking to reduce reliance on Eskom by encouraging investment from other producers, while increasing renewable power to curb dependence on coal.

“It should maximise hydropower imports from nearby countries including Botswana and Mozambique,” according to a presentation by South Africa’s Energy Intensive User Group (EIUG), which represents the nation’s largest electricity consumers.

The resource plan must encourage companies to build power plants to supply their mines and industrial plants, according to the EIUG and the Chamber of Mines, which together represent Xstrata plc, BHP Billiton Limited, AngloGold Ashanti Limited and other metals producers.

China Guangdong has five nuclear units in operation and 14 under construction, it said in its presentation. 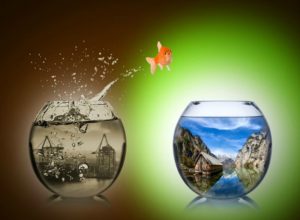