Speaking at the COP17 event here, Carroll highlighted the benefits for South Africa if the potential of fuel cells was realised, but said the country had to act quickly to make the most of this opportunity.

She said hydrogen fuel cells using platinum catalysts were efficient and scalable, while representing a proven technology that could provide clean and cost-effective power.

“Momentum is building in the global fuel cell market to accelerate the application of this proven and versatile technology,” Carroll said.

“Prioritising the development of a local fuel cell industry will create many thousands of jobs, provide clean, reliable power for South Africa, and will support the government’s drive for more effective in-country beneficiation,” she added. Carroll said there was strong political support for local beneficiation and clean energy programmes.

“Fuel cell demonstration projects are underway around the country and it has the necessary manufacturing and engineering expertise,” she said. “The window of opportunity to make this happen is now.”

Carroll said Anglo American had commissioned The Carbon Trust “’ a UK-based independent consultancy that helped companies cut carbon emissions and commercialise low carbon technologies – to determine what it would take for South Africa to develop a local fuel cell industry and why the country should do it.

“The Carbon Trust report suggested that with the appropriate level of deployment and investment in manufacturing, installation and maintenance activities, hundreds of thousands of new South African jobs could be created over the next 30 years,” Carroll said.

“This could also help to meet existing energy security challenges, and provide rural communities with access to energy without major grid expansion.”

“Momentum is building in the global fuel cell market to accelerate the application of this proven and versatile technology," Carroll continued.

Demonstrating its enthusiasm for fuel cell technology, Anglo American Platinum (Amplats) deployed a 150kW fuel cell system near the COP17 conference venue to supply power to the local electricity grid. Following the conference, Amplats plans to redeploy the system to provide power at one of its mines.

Carroll said Anglo American was about to start trialling fuel cells in its underground locomotives and miners’ cap lamps.

Amplats created a fuel cell joint venture with the Department of Science and Technology, as well as US fuel cell specialist Altergy Systems, in July 2010 to develop new applications for fuel cells, including cell phone batteries and back-up generators. 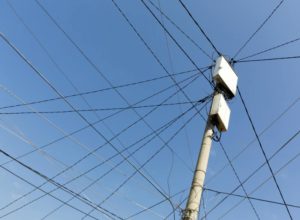