Camphill Village, which provides care and employment to local intellectually disabled adults, produces organic cheese, yoghurt and fresh milk that is sold to the mainstream market, which generates an estimated monthly income of ZAR200,000 ($14,546).

The solar generated power will be used to process over 28,000 litres of organic milk into the various products.

The solar PV project has been developed and funded by a group of industry sponsors from Germany, Switzerland and South Africa who have been gathered together by the Germany-based Rays of Hope Foundation.

Nasim Khan, Vice President of Business Development for First Solar in Africa said:  “Camphill Village is an outstanding example of enabling people to gain independence by employing them in a social enterprise.

“Helping Camphill Village to establish its power supply in support of its principles of enhancing the lives of people in need of services and support for daily living is a wonderful outcome for us.”

Since initial operation, the Village has recorded savings over ZAR162,000 ($  ), which has been reinvested into the care for the residents.

According to Camphill Village, the additional 40kWp that has been installed in phase II, will meet the Village dairy’s annual electricity consumption of 75,000KWh and is expected to increase to 144MWh annually.

Camphill Village managing director, James Sleigh highlighted: “It’s important to point out that the benefits go so much further than electricity cost savings.

“We have also dramatically reduced our carbon footprint, and we have bolstered our reputation as a truly sustainable, eco-conscious and organic dairy, making our products that much more appealing to consumers.  It’s a significant competitive advantage for us as it means that our products are that much more marketable.

He added: “As a public benefit organisation, we rely heavily on donor funding which is always challenging and unpredictable. Our dairy is a critically important income generation source for our village and people.

“It gives our people who work there a real sense of purpose and pride knowing that the products they produce are loved and enjoyed by the locals, and generates much needed income.  We are truly grateful to the Rays of Hope Foundation and the companies that have contributed so significantly to this project.”

Co-founder and Chairperson of the Rays of Hope Foundation, Dr. Katrin Emmrich, added that the initial intention of this project has had a knock-on effect into benefiting the Village residents’ livelihoods.

“The ripple effect of this project is profound.  It was initially conceived with the objective of reducing the Village’s carbon footprint, as well as its dependency on an erratic grid electricity supply that caused significant loss of production and interruption of the cold chain.

“The reality is that a considerable amount of money which would have been spent on electricity can now be diverted back to the village and reinvested into the people living at Camphill Village, making their lives better, stronger and more secure.” 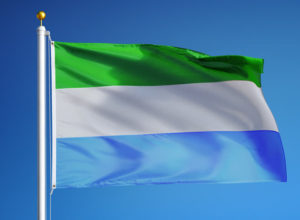