The decision to expropriate land without compensation has been adopted by the ANC-led South African government after a nationwide public consultation process. This move has raised many brows in the international renewable investor market.

The industry is still struggling to come terms with a three-year delay in finalising Round 4 projects.

Land expropriation without compensation is already allowed in the South African Constitution under section 25. So what is the big deal?

Simply put: twenty-four years post-democracy previously disadvantaged people are asking the question why previously advantaged people, who make up less than 10% of the population, still own the majority of the land in the country. They are also asking the question of why owning land has never been within their financial reach and vacant land is not been used productively. Good questions considering that they were previously disposed of their land (mostly by force) and denied land rights under the apartheid regime.

South Africa’s president, Cyril Ramaphosa explains that a programme of land redistribution is required to heal the historical “festering wound” of land dispossession and enable the transformation and development without which South Africa will experience instability. He adds that the intention of the proposed amendment of the constitution is to make explicit what is currently implicit. The changes are intended to strengthen the property rights of all South Africans and to reinforce the transformative nature of the country’s constitution.

It is going to happen and there is a consensus amongst the majority of the population but the key to its success is in its implementation. Under a populist leader, the implementation could be brutal and spell the end of economic recovery and possibly the economy as a whole. We must consider that a national election is just around the corner in South African and the current leadership may change.

There have been conditions set in previous rounds of the country’s Renewable Energy Independent Power Producer Programme (REIPPP) when it comes to project ownership but not land ownership. Future rounds may require that project land ownership also benefits or extends to previously disadvantaged communities in line with the new laws.

Existing renewable energy projects may also be affected. Traditionally land is leased from the landowner for the duration of the Power Purchase Agreement (PPA), which in South Africa is 20 years. In the case of established projects, the landowner may face the possibility of his or her land expropriated without compensation.

We must also consider that a renewable energy production plant is a strategic point of interest for the country as it provides energy to the national grid. It becomes a national security concern if production is in any way interrupted by a land invasion or occupation. In such a case, the government may step in to prevent such an event but they may also stipulate a change of ownership.

The renewable energy industry is still reeling from a three-year delay in the signing off of Round 4 projects, which were finally signed in April 2018. The ongoing lack of clarity on land expropriation without compensation does little to instil investor confidence in the sector. The goal posts keep moving. Do not be surprised if many foreign and local IPPs sit out Round 5 or withdraw from the country completely.

This opinion piece was originally published on Green Building Africa website and is republished with permission and minor edits. The article can be found here. 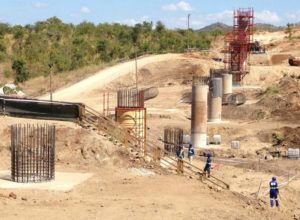