The procurement of the 27 new projects is the biggest IPP procurement by the Department of Energy to date, representing a total of R56 billion of investment and about 2,300MW of generation capacity to be added to the grid over the next 5 years.

“We have reached this milestone following a long period of uncertainty, not only for the renewable energy industry, but also for private sector investment in the energy sector as a whole. This has not been good for investor confidence in our country neither for the management of the economy,” the Minister said.

As in most of the bid rounds, the Northern Cape will receive the majority of the investment with 15 new wind, solar photovoltaic (PV) and CSP projects, the Eastern Cape is follow by adding another 4 new wind projects to their Province, together with the North West Province also having 4 new solar PV projects.

Radebe noted that through this procurement of the 27 projects, 58,000 new jobs will be created for South African citizens, and mostly for the youth.

Most of these jobs will be created during the construction period and entails the utilisation of the work force in the vicinity of the projects. Furthermore, jobs will be available across the entire value chain with an additional 1,500 jobs possible in the manufacturing sector.

The Minister explained: “The localisation potential of these 27 new projects is substantial. Our estimate is that for the solar PV projects, around 2.8 million solar PV modules would be procured, 600 inverters and 385 transformers.

“In addition for the onshore wind projects, roughly 500 wind towers and turbines would be required.”

He concluded: “The energy regulator, Nersa has committed to working with the new leadership of Eskom to address the challenges facing Eskom and to ensure that this state-owned company becomes sustainable for the benefit of South Africa, its people and the economy.

“Concrete steps will be taken during the consideration by Nersa of Eskom’s new MYPD 4 tariff application, which will include further allowances for the additional cost that will arise out of the Renewable Energy IPPs that are being signed today.” 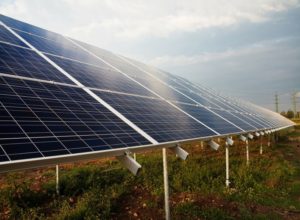 Angola exploring green mini-grids with the help of AfDB