29 May 2009 – Albert Butare, Minister of State in Charge of Energy and Water for Rwanda, spoke at the world’s powerful countries’ Energy Meeting held in Rome, Italy this week, assuring G8 Energy Ministers and international government representatives that Rwanda intends to increase the access that its people have to electricity. His speech incited a positive response from G8 members, as it made clear that African countries are also committed to beat the energy shortage.

Currently, only 6% of Rwandans have access to electricity. Butare explained that Rwanda intends to increase that to 16% by 2012, and, in the long term, they aim to boost that to 35% by 2020.

There are a number of options that the Rwandan government has considered in increasing their generation capacity but all require considerable financial backing, thus Butare’s call to outside investors at the conference. He mentioned that Rwanda intends to go ahead to increase capacity with or without external support but maintained that without funding, the project would take very long.

There are opportunities in Rwanda to explore geothermal, wind, hydropower and solar energy. The biomass opportunities would also be a lucrative means of electricity generation as the methane gas resources in Lake Kivu could potentially produce 700MW for 55 years. 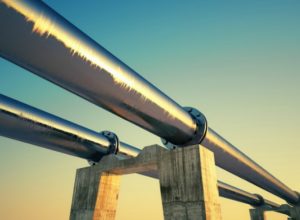