Kigali, Rwanda — ESI-AFRICA.COM — 24 October 2011 – The government of Rwanda has approved the lease of the Rukarara small hydro power project to a local firm Digi-tech Solutions as part of the government’s plan to involve the private sector in energy generation.

The company will run the plant, located in Nyamagabe District of the Southern Province, at a cost of US$23.5 million. The plant, which started operating at the beginning of this year, supplies 6MW of power to the national electricity grid.

According to minister of finance, John Rwangombwa, the government made the decision to lease out the project as a way of involving the private sector in the strategic plan to generate 1,000MW over the next seven years.

“The lease of Rukarara is a strategic decision. We have more power plants which we want to lease out because we believe the private businesses have an upper hand in maintaining projects like this and making them more profitable than the state,” he said.

“We thought that a private company would run the plant more efficiently than the government, but the most important thing is that Digitech is a local firm which has a long-term vision to generate about 255MW of power over the next seven years,” Rwangombwa added.

He explained that the government did not have enough resources to produce the targeted 1,000MW, hence it was encouraging local and international private firms to invest in the energy sector.

Rwangombwa also mentioned that as a new company with a keen investment plan, government wanted to kick-start Digitech by leasing to it the plant as a starting point towards investing in the energy project. He said the company would generate and sell power to the government.

He further noted that the lease would ensure that the plant was well managed and efficiently run.

Among other things, Rwangombwa said that the government, through the Ministry of Infrastructure, was sourcing more investors in micro-hydro projects. 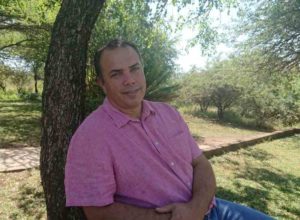