Infrastructure development is one of the six pillars of Rwanda’s Vision 2020. The rehabilitation and development of infrastructure is a crucial aspect in lowering the costs of doing business in Rwanda, which will attract domestic and foreign investment.

Rwanda has registered consistently high growth rates of above 7 per cent over the past 10 years and its medium term Development Strategy (2013-2018) targets an average growth rate of 11.5 per cent geared towards achieving middle income status by 2020. 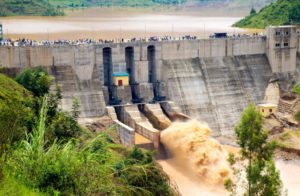 “Our message is that ‘we have arrived in Rwanda’,” says Symbion Power CEO Paul Hinks, “Symbion is one of the leading partners in President Obama’s Power Africa initiative which will double access to electricity in Sub Saharan Africa.”

In his keynote address at the conference, Musoni, said streamlining energy investment projects and procedures will help attract more foreign direct investments. He also called on local investors to venture into the sector to increase the country’s power generation capacity.

“While government plans to invest about $3 billion dollars in to the sector, the private sector is expected to invest about $1.3 billion,” Musoni said. “This will help increase our power generation, access and address the question of affordability.”

Fidele Ndayisaba, the mayor of the City of Kigali, where access to electricity currently stands at 51 per cent, said there is high demand for power in the city as reflected in the master plan being rolled out.

“We may be losing some potential investments because of energy shortage. When we discuss with investors, they always ask us whether they will have realistic energy. This means that if we can expedite the energy sector, it will be a big boost for the economic development of the country,” Ndayisaba said.

Africa an exciting place to be

“If you are in the energy space, Africa is an exciting place to be at the moment,” says the Symbion Power CEO. “We have a number of new investments in the East Africa region that are currently in our deal pipeline.  These include a geothermal power plant in Kenya and a 600MW gas fired power plant and transmission line in Tanzania.  We are also active in West Africa and in Southern Africa.”

His message to other potential US investors in the power sector is that “they need to invest the time and effort that is needed to better understand the emerging opportunities in the power sector in this region. It is important to identify the right companies to partner with to help mitigate risks.”

He adds: “frankly speaking we need to move away from talking about Africa and we need to start talking about individual countries. There are 54 of them and they each have their own identity, their own culture and their own set of risks.  Rwanda is one of the best examples on the entire continent of a country that has had incredible leadership and has warmed itself to the investor community.”

“Africa is rich in energy resources but poor in energy supply, this is the situation we are trying to deal with. However, this in itself presents a huge business opportunity for both local and foreign investors to start looking at this sector as a serious profitable business,” Mugiraneza said.

“The private sector must be ready to make good use of the energy we bring because this is when it will have an economic impact and help drive general economic growth.”

The iPAD Rwanda Power & Infrastructure Investment Forum enjoyed the official support of the Rwandan government, the Rwanda Development Board and the country’s electricity utility, the Rwanda Energy Group (REG) was the official host utility of the event.