27 July 2012 – South Africa has become only the third country where Russian state nuclear corporation Rosatom has registered a marketing office, having previously opened offices in the Ukraine and Singapore.

Among the objectives of the new office is the development of Rosatom’s business in South Africa, including marketing and promotion of the Russian nuclear technology in the South African market, as well as developing relationships with potential customers, partners, and regulators. Another important activity of the office will be to establish relations with the country’s business and scientific communities, as well as with industrial and financial groups in South Africa.

The new marketing office will be, among other things, in charge of developing relationships with South African partners to ensure the implementation of the Memorandum of Understanding between JSC Rusatom Overseas and the South African Atomic Energy Corporation (Necsa), which was signed in June 2012. According to the memorandum Rusatom Overseas and Necsa will elaborate joint business projects in such areas as nuclear fuel fabrication, power equipment manufacturing for nuclear power plants and radioisotopes production and marketing.

“Given that South Africa has extensive plans for the development of nuclear energy, building a mutually advantageous partnership with this country is a priority for us,” Kirill Komarov, deputy director general for international business and development of Rosatom, says.

“We fully support our South African partners in their efforts to implement a serious program of national nuclear industry development. Rosatom’s integrated offer in nuclear power project construction may be of interest to our partners, since together with safe and referential VVER (Russian version of the pressure water rector (PWR)) technology it envisages a variety of financial solutions and ability to maximise the involvement of the local industry,” Alexey Kalinin, director general of Rusatom Overseas says.

South Africa is aiming at large-scale development of national nuclear energy in the long term. The country’s national electricity development plan approved in March 2011 envisages the increase of nuclear energy’s share in the country’s power generation balance to 25% by 2030 through the construction of 9.6 GW of nuclear capacity. South Africa’s only existing nuclear power plant is Koeberg, which has a capacity of 1,800 MW and provides about 5% of the country’s electricity needs. South Africa is also among the leaders in the world’s isotopes production market.

The current presence of Rosatom in the South African market is provided by JSC Tenex which supplies enriched uranium products for the production of nuclear fuel. 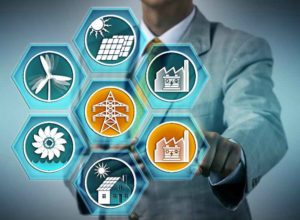 A conversation with Paul Vermeulen on batteries being part of the...