19 August 2009 – The death toll has climbed to 12 with more injured and missing in a fatal explosion that flooded the powerhouse at RusHydro’s 6.4GW Neporozhniy Sayano-Shushenskaya hydroelectric plant in Siberia.

A number of the 10 generating units in the plant – RusHydro’s largest – were damaged by the explosion. The concrete arch gravity dam was not affected by the accident, RusHydro reported.

The utility added that operations were suspended, water in the system was drained down and inflows to the reservoir spilled by the partial opening of all 11 of the dam’s gates.

Rescue workers and divers continue to look for missing workers in the debris of the flooded, 287m long powerhouse. RusHydro said 14 workers were also injured in the accident and dozens of workers remain missing in addition to the confirmed deaths.

While investigations into the cause of the accident continue, RusHydro said that early views suggest possibly there was some hydraulic equipment rupture or failure and the partial destruction of the powerhouse. Heavy damage was suffered by the hydraulic apparatus of units No 7 and No 9. Parts of the building structure fell on units No 3, 4 and 5.

RusHydro said last week that the Sayano-Shushenskaya facility, completed in 1985 on the Yenisei river, had been benefiting from higher inflows and was expected to continue to do so over the next couple of months. The plant was being operated at a higher load and this, too, was planned to continue, it added.

More than 15,000GWh had been generated by the plant in the year so far. One of the 10 generating units (No 6) has been undergoing refurbishment since January and the work was due for completion this month. It was commissioned in 1981, while the first units were brought into service in 1978.

The Sayano-Shushenskaya subsidiary company within RusHydro has a total of 6721MW of installed capacity in two plants. The subsidiary produces an average of 24,500GWh of electricity per year though the output was almost 26,200 GWh in 2006.

Sayano-Shushenskaya is the flagship facility in RusHydro’s expanding portfolio, which comprised a total of 25,336MW of installed capacity at the end of last year. The accident has, in effect, knocked out almost a quarter of the company’s generating capacity.

Russian aluminium producer Rusal, as a major customer in Siberia, said it was involved in emergency talks on power supplies following the accident at Sayano-Shushenskaya. It said that output from its smelters may have to be reduced as part of the wider plan to ensure sufficient electricity for the region in the early stages of Autumn and Winter. 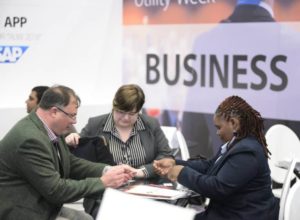