26 September 2007 – The Foroyaa newspaper in Gambia has reported that the country’s rural electrification programme is not working as well as expected by the people in the Lower River Region of the country.

According to the report, there used to be electricity supply to the Soma, Karantaba, Sankwia, Kani-kunda, Mansakonko and Pakalinding communities prior to the inception of the programme.

However, supply is now limited to Soma and Pakalinding and three street lights in Toniataba. Karantaba, Sankwia, Kanikunda and the administrative headquarters, Mansakonko are all without electricity.

The report continues "According to NAWEC officials in the area, the REP has only constructed one exchange station in Pakalinding and their supplies are coming from the powerhouse built at Farafenni in the North Bank Region. The officials further told this reporter that after the commissioning of the project, they realised that anytime they supplied Jarra, the power went off. They said up to the time of the interview, they could only supply two villages in Jarra and these were Soma and Pakalinding." 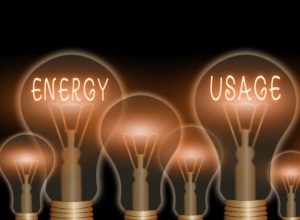 Global electricity demand growth set to slow down in 2021