The National Energy Regulator (Nersa) received an application from Eskom on 30 April 2007 to consider changing some of the current rules under which Eskom’s electricity prices are determined in the Multi-Year Price Determination (MYPD). Eskom provided more information in support of its application to Nersa on 18 July 2007 which included among others the quantification of its risks.

* the pass-through of the primary energy costs incurred by Eskom
* the allowance of compensation for the accelerated and increased capital expenditure by Eskom
* the conditions for re-opening of the price determination.

If the application for rule changes for 2008/09 is accepted by the Energy Regulator, this would have revenue implications for Eskom and there will be a need for Nersa to adjust electricity prices starting from 1 April 2008.

The Energy Regulator has not made any decision with regard to changing of price increase for 2008 and 2009 since it is still considering the application and the outcome of the modelling that is currently taking place.

* publication of rule change (if any) and draft determination (if necessary) on 17 October 2007
* public hearing on 22 November 2007
* approval of the final report and determination is made on 20 December 2007.

Statement issued by the Department of Minerals and Energy, South Africa. 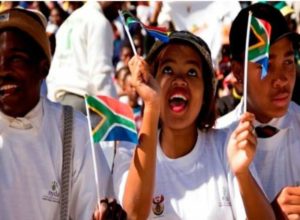